From Bay Soundings
from The Fishing Wire 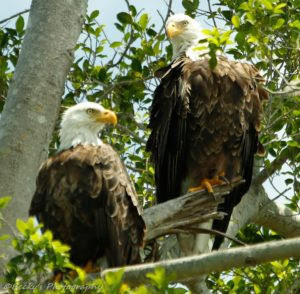 Robinson Preserve, located on Tampa Bay, is designed for both humans and wildlife. Photo by Becky Young

Most restoration projects in the Tampa Bay region are designed to do just that – restore natural systems that had been damaged by humans over the decades.

Manatee County is taking a different tack at the second phase of enhancements at Robinson Preserve, one of the county’s most popular parks. Instead of trying to rebuild the native pine flatwoods that once dominated western portions of Manatee County, they’re creating a rich mosaic of habitats specifically to meet the needs of juvenile snook while evolving into future habitats.

“We could probably build the most beautiful pine flatwoods in the world – which is a very difficult job – but they wouldn’t be particularly useful,” says Damon Moore, manager of the county park system’s ecological and marine resources division. Due to development and habitat fragmentation there aren’t viable migratory pathways from other pine flatwoods for many species to naturally repopulate. Sea level rise would also threaten pine flatwoods in the future.

On the other hand, the expansion at Robinson Preserve is the perfect location to build juvenile snook habitat, a highly charismatic species that has very specific needs to survive its first – and most critical – year after spawning.

Starting from scratch on land that is currently uplands allowed the county and its multiple partners to resculpt the property to meet those specific needs. At the same time, creating wetlands also provided fill material to build higher land that will stay above water as sea level inches higher, Moore said.

“We’re creating upland habitats now that we expect to evolve as sea levels rise while still providing maximum ‘edges’ and gentle slopes that will become habitat for juvenile fish as well as birds now,” Moore said.

It’s not the first time habitat hasn’t been replaced by “like with like” because scientists are focusing on the oligohaline – or low-salinity – habitat that is most at risk with sea level rise, notes Stephanie Powers, staff environmental scientist with the Southwest Florida Water Management District’s SWIM (Surface Water Improvement and Management program). “Those low-salinity habitats are critical to juvenile fish,” she notes.

Another advantage to starting from scratch was the ability to build two acres of oyster reef habitat using trucks rather than volunteers carrying bags of oyster shell, Moore adds. “We got weeks or months of work done in a half-day because we were working on dry land before we opened the channel and let the water in the new wetlands area.”

Trees growing in the uplands being transformed to wetlands were very carefully placed in the project area to provide the detritus that fuels the growth of fish at the bottom of the food chain as well as hiding places for snook and other juvenile fish that will grow up to become recreationally valuable resources.

Working with Tim McDonald, a research scientist at the Florida Fish and Wildlife Conservation Commission as well as fisheries experts from Mote Marine Laboratory, Manatee County hopes to quantify the benefits of improving habitat specifically for fisheries.

“If we can add to the quantity of snook available for fishermen later on, it will be a boon to the economy of the entire county,” Moore said. “Charlie (Hunsicker, the county’s director of parks and natural resources) has a very clear view that our work should also improve the region’s economy.”

Along with benefits to wildlife through carefully planned habitats, multiple human enhancements aimed at the 300,000 yearly park goers are planned. Multiple trails, including separate areas for bicyclers and walkers or runners, are planned along with kayak launches conveniently located near the parking lot. A giant treehouse – called the NEST or Nature, Exploration, Science and Technology Center – is open for educational programs and private events.

Birders already abound at the park, which features nesting eagles and multiple species of herons, storks, ducks and pelicans – along with occasional rarities including bald eagles and roseate spoonbills.

The $17 million expansion is underway with funding and support from multiple regional and national agencies. The land was purchased by the Conservation Foundation of the Gulf Coast, restoration funded through the SWFWMD, the National Oceanic and Atmospheric Administration and the Environmental Protection Agency (in part through RESTORE Act dollars awarded to the Tampa Bay Estuary Program) and the Tampa Bay Environmental Restoration Fund, as well as several county agencies including the tree trust fund, general revenues and phosphate severance fund.

Volunteers also play a major role in the reconstruction and maintenance of native plants. It’s been the site for multiple events hosted by the Tampa Bay and Sarasota Bay Estuary Programs. When a “champion” gumbo limbo tree at De Soto National Memorial Park blew down in Hurricane Irma, volunteers rooted pieces of the 80-year-old tree and transplanted them to higher ground at Robinson.

The goal is to replace coastal wetlands that once existed but can’t be rebuilt now because they’re housing developments,” Powers said. “This project shows how we can all work together as a team to create ecosystems that will last for generations.”

Proximity to open waters. Adult snook spawn in the Gulf, and the juveniles instinctively search for nearby low-salinity backwaters.
Food sources. Shoreline vegetation and woody debris boost the abundance of fish like minnows, small shrimp, mosquito fish and small crustaceans that feed on detritus – which then become food for snook.
Energy conservation. Because juvenile snook can grow as quickly as 0.15 millimeters per day, they need to turn food into body weight. Their ideal habitat is protected from wave and wind energy.
Thermal refuge. Snook of all ages are very temperature sensitive and will die if temperatures drop to below about 50 degrees. To keep them warm, the preserve will include holes where water temperatures are less likely to fluctuate and variable bottom colors that reflect or absorb heat.
Protection from predators. Snook are dominant predators once they’re adults, but as juveniles, they’re easily eaten by other fish. The waterfront entrance to the preserve is designed to provide physical barriers for large fish as well as places for the smallest fish to hide because they can be cannibalized by larger juveniles.
Eye protection. Juvenile snook have sensitive eyes and need vegetation to shade themselves. The preserve’s vegetation is being planted to meet this need, with artificial shade provided as necessary.