Jack Gaither sent me a recipe for bass filets in cheese and wine sauce I have cooked many times. It is very rich but delicious! The recipe seems complicated but it is not really difficult to cook. 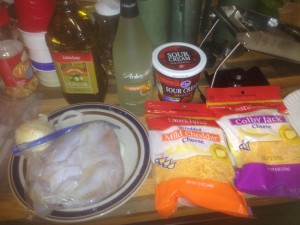 You need the following ingredients:

Chop filets into bitesize pieces and put in greased baking dish. Sprinkle with white wine and let sit.
Chop up an onion fairly fine – I use a medium onion if I have about a dozen filets 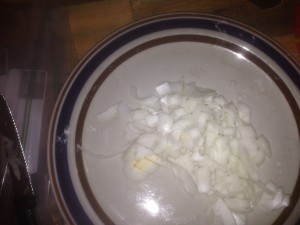 Chop up onions and bell peppers 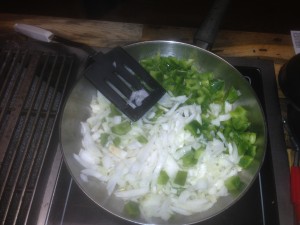 Saute the onions and peppers in a little olive oil until the onions are clear. I don’t brown them. 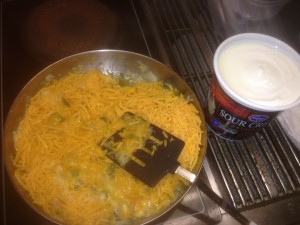 Melt cheese with peppers and onions

Add shredded cheese to the onions and peppers. I like cheddar, Mexican mix, Colby, Monterrey Jack and similar fairly mild cheeses. I do not use American cheese

Add wine until the sauce is the desired thickness

Add wine while stirring until the sauce is thick but will pour.

Pour cheese sauce over fish and bake at 300 degrees until fish is done.

I serve with broccoli – the cheese sauce is delicious on broccoli, too! And i usually make potatoes au gratin to go with it. You can bake the potatoes at the same time as the fish. Or just chop up and boil potatoes and cover them with wine sauce. Make a lot of sauce to use with side dishes! 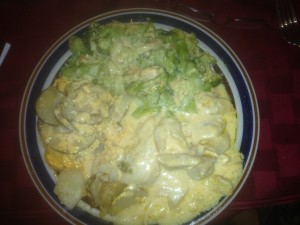 Plate of fish and sides ready to eat